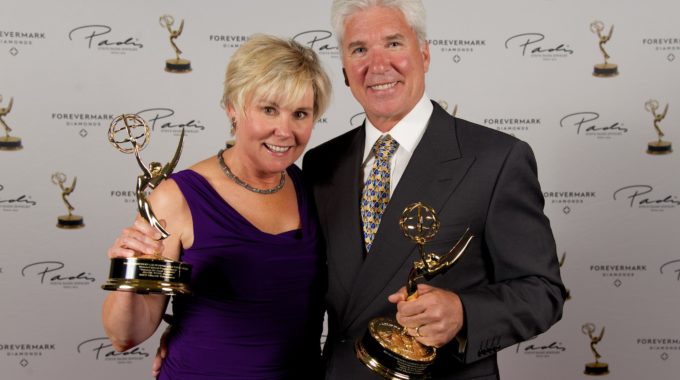 Award-winning Seattle production company Bayside Entertainment is celebrating it’s 20th anniversary. It’s hard to believe that our humble vision for a turnkey production resource has been thriving for two decades.  So much has changed in broadcast and corporate communications during that time — from the equipment we use to the outlets where our content is viewed.  The constant, however, has always been our commitment to creative storytelling and production excellence.

It’s been quite a ride; one that has taken us all over the US and beyond with projects in Africa, Southeast Asia and Europe.  We’ve met amazing people at the top of their game and told the stories of people who needed a hand up. Our clients became friends and our crews were family.  And at the beginning of each new project, there was always that sense of excitement; the possibility of a blank canvas that we couldn’t wait to “paint” with our great imagery and storytelling.

The variety in our work has kept it fun.  We directed spots with kids, dogs, even a chimpanzee. We showcased breakdancers in our promos for Sony Mobile and played with Wonder Workshop robots for their holiday commercial campaign.  And whenever we got the chance, we produced new content for our passion project, “Journeys for Good“. 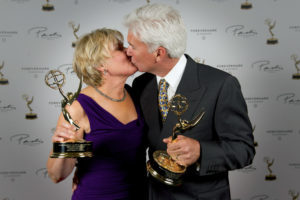 The journey began in 1997 when, newly married production team Steve and Joanie Wynn, decided to merge their talents. Director of photography and editor Steve Wynn was already an Emmy-winning production veteran, having come up through the ranks of KPIX-TV in San Francisco with original magazine shows like Evening Magazine and Bay Area Backroads.  He had also traveled the world for broadcast clients like Discovery Channel.

Writer and producer Joanie Burton Wynn had honed her skills in Hollywood producing dozens of promotional pieces for feature film clients like Disney, Sony and Warner Bros.  She also produced segments for broadcast clients like HBO and Lifetime TV.  She knew her way around as a field producer and in the production office, managing schedules, budgets and post production personnel.

Their individual talents and experiences complemented each other perfectly and, before long, their new entity, Bayside Entertainment took flight.

Over the years, Bayside Entertainment has produced the full gamut of original video content.  We’ve worked with broadcast clients like Discovery Channel, Animal Planet and Travel Channel and produced marketing video for clients like , Sony, Lucasfilm Electronic Arts, Ubisoft, Sega and Zynga.  We’ve interviewed superstar talent like Jennifer Lopez and Steve Spielberg and shot behind-the-scenes for feature film clients like Disney and Dreamworks.  We’ve worked with startups on shoe-string budgets, leading their first forays into video marketing and produced fundraising videos that helped non-profits continue their good works.  We’ve partnered with ad agencies and PR firms to provide white label production services.  Sometimes we get to play with bigger budgets and we pull out all the stops.  Other times, we’re lean and mean, finding the best way to tell a client’s story in a simple and cost-effective way.

Cut to: 2017.  Bayside Entertainment starts its new chapter in a new market, Seattle.  Our collective experience with tech, startups, non-profits & broadcast clientele makes for a good fit with Seattle’s innovative spirit and exploding business opportunity & creative community.  We’re excited to become a part of the thriving Seattle production scene and look forward to a new decade of video adventures.

Even though its a cliche', a picture really is worth a thousand words.  And moving pictures?…