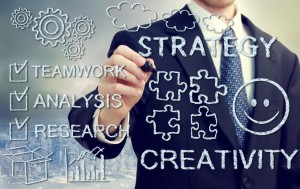 The Bay Area is a hotbed of creativity and innovation so it stands to reason that there are many qualified, talented and experienced San Francisco video production companies to serve a wide variety of clientele.  How do you find a highly-rated video production company and then, make sure they’re a good fit for your project?  Here are three good rules of thumb.

#3: Ask for Referrals and References.

Ideally, as a starting point, you’ll have some referrals from friends or colleagues who have had a successful experience with several San Francisco video production companies.  Ask them about the video production process, the timeline, the budgets, the creative services, etc. Were there any hiccups during the production process?  Was their video project delivered on time and on budget? If there were overages in the budget, were they approved in writing, in advance? Sometimes in the desire to land the client, a video production company may over promise what can be accomplished — and at what price point.  This can only lead to the inevitable — under delivery.  You want a realistic idea of the needs in terms of timing and cost and be wary of a production company who is willing to significantly undercut the time realistically needed for pre-production, production and post.  And you want to know who will be producing your project.  Will it be passed off to a junior staffer or overseen by a company principal?  Sometimes the executive producer you fall in love with during the sales process will not be hands on during the project.

With so many great San Francisco video production companies, it can be difficult to know which one is the best fit for your needs.  Hopefully, these tips can be a good start as you begin your vetting process.

I recently read the CES keynote by #Robert Kynkl, Chief Business Officer at You Tube.  Entitled…